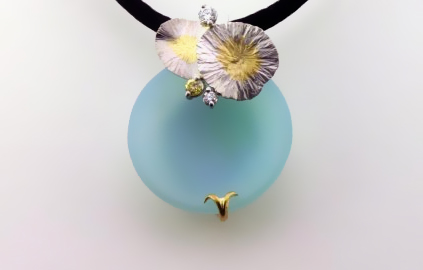 We pride ourselves in creating one of a kind jewellery. Paul de Goutière has been an award-winning designer and goldsmith for over 25 years. His unusual mix of structural and natural forms has garnered clientele from around the world. 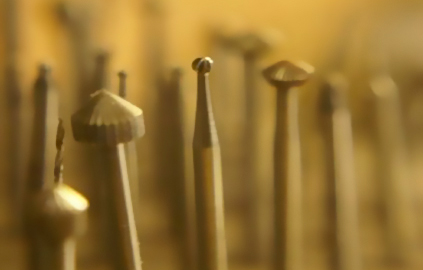 Be it basic repairs or full restoration, all jewellery and watch repairs are done to exacting standards and are fully backed. From antique family heirlooms to contemporary pieces, no job is too large nor too small for us to undertake. 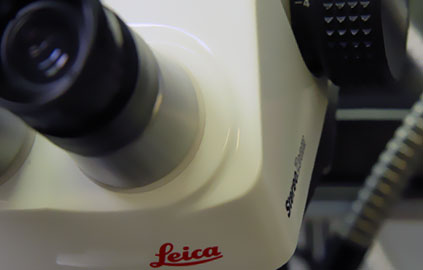 We have run one of Canada’s oldest gem labs since 1979. Whether it is for insurance or probate, our appraisals are professionally documented and described with two copies and photographs that can be used in a court of law. 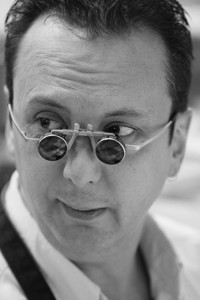 Paul de Goutière began working at the store in 1981. Originally a watchmaker, he quickly pursued his love of creating fine jewellery. Mainly self-taught, his inspiration comes from music, nature, travel, structural forms, and artists such as Klee, Miro and Kandinsky.
His work has won awards and admirers from Canada and beyond. Paul has also received his Fellow of the Canadian Gemmological Association diploma from the Canadian Gemmological Association and has completed several courses on appraisal theory and advanced gemmological testing.

de Goutière Jewellers opened it’s doors in May 1960 in Oak Bay, a small suburb of Victoria, B.C. Started by Anthony de Goutière, a master watchmaker, the business prospered and grew quickly to include custom-designed jewellery and one of the finest collections of coloured gemstones on the west coast. An early proponent of gemmological education, Anthony received his diploma from the Gemmological Institute of America and continued his studies with the American Gem Society acquiring the necessary skills and equipment to open one of Canada’s first gem labs in 1979. His work in gemstone photomicrography has garnered many awards and has been published in trade and gemmological journals world wide as well as in his book “Wonders within Gemstones” 1 and 2. Click here to visit his website.